Review: The Beast Must Die

'O yes! I am poisoned; mother, make my bed soon,
For I am sick at the heart, and I fain would lie down!'

"But it was Lord Randal's young woman who did that to him, I thought," Georgia said.

"So he thought," said Nigel, with sinister emphasis. 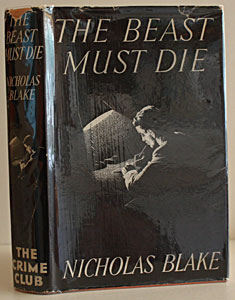 Nicholas Blake's The Beast Must Die begins with the nightmare of every parent: The death of a child in an accident. When I read about the part where the distraught father collects the sweets that had fallen from the hands of his child, at the scene of the accident, and finds one with his child's blood on it, I almost left the book. But like the father I wanted the criminal brought to justice so continued reading the text.

Felix Lane is an author and a single parent whose 10 year old boy is crushed by a car. Determined to bring his killer to book, Felix starts his own investigation into the case. The trail leads to an unpleasant bully of a man called George Rattery. Felix is able to enter Rattery's house-hold as the tutor to his young son Phil with whom he soon develops a bond of affection. How will Lane execute his plan of killing Rattery? Will he be able to carry out his plan? And most important, is Rattery really the driver of that killer car?

The book begins well but eventually doesn't live up to its promise.

Title: The Beast Must Die

The rest of the post contains spoilers so don't read any further unless you have read the text. However, I'd love to read your comments, so scroll down and leave one. :)

I couldn't understand why Lena Lawson was treated so sympathetically. She was in the car, did nothing to stop the driver from running away, was having an affair with her own sister's husband. And despite all this, she was the Emissary of Light! Quite spoilt the book for me.

There should have been self-loathing in Lane for having fallen in love with her. That would have turned it into a great psychological study.

The book might be available in libraries since I borrowed it from one myself. 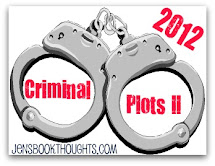