Recently, I completed two books related to India (and England).

The first one, Prison and Chocolate Cake, is a memoir by Nayantara Sahgal, chronicling her young days growing up during the Raj. As niece of independent India's first prime minister Jawahar Lal Nehru and daughter of India's first ambassador to the U.N., Vijaya Lakshmi Pandit, Nayantara was in privileged position to write about the country's struggle for independence in which her whole family participated. The memoir written during the early fifties also shows the young woman's uncertainties:

Bombay was going to be my introduction to what is known as 'normal' life, one in which people went to offices to pursue their careers instead of to jail; one where they lived by predictable schedules and made plans, woke up and went to bed knowing what that day and the next would bring. The change, for me, would be total....I could no imagine what people in normal life would talk about. The men would dress in suits and ties unlike the men I had known who wore pyjama-kurta, dhoti-kurta and Gandhi caps made of khaddar. The women would go shopping instead of organizing the women of town's mohallas for political action. I was looking forward to Bombay as to a new country, but I was aware there might be no coming back from it. The fabric of a whole past - my personal past along with India's - had vanished with the coming of independence, and there might well be nothing but 'normal' life ahead. It was a sobering thought.

Makes you wonder doesn't it whether the journey is more important than the destination? But it also made me thankful for the monotony of life. We have been spared the terror of the midnight knocks and the inhumanity of prisons because there were some who fought for us.

Recommended for those interested in what growing up in an affluent, politically conscious family was like on the threshold of independence.

Did you know that India made her test debut on Saturday, June 25th, 1932, at Lords? Did you know that while India was led by C.K. Nayudu (though he was not officially the captain of the team), England's captain was Douglas Jardine whose valiant knocks of 79 and 85 saved England the blushes because at one time England, the masters of cricket, were struggling at 19 for 3?! As Neville Cardus wrote: It was a nice state of things. In my mind's eye I saw the news flashing over the air to far-flung places in India - Punjab and Karachi - and Kuala Lampur, to dusky men in the hills, to the bazaars in the east, to Gandhi himself and Gunga Din."

And when England (still led by Jardine) toured India in the winter of 1933, Lala Amarnath became the first Indian to score a century. And that too on his test debut!

I am not a great cricket fan but it was fun going through Saradindu Sanyal's book on Test Cricket between India and England. Recommended for those who have an interest in cricket or sports in the age of empire.

First Line: SOME things will always remain a mystery o me.

First Line: CRICKET, LIKE MOST Western games, came to India in the wake of the "Union Jack".

Short Reviews: Punjab and the Raj & Martyr as Bridegroom

Writing sometime in 1935, four years after Bhagat Singh and his fellow comrades, Sukhdev and Rajguru, had been hanged to death, the Director of the Intelligence Bureau, Sir Horace Williamson had this to say about the martyr:  “His photograph was on sale in every city and township and for a time rivalled in popularity even that of Mr Gandhi himself”.

However, if one was to read Ian Talbot's Punjab and the Raj (1849-1947), it'd seem as though a person like Bhagat Singh never existed. There is virtually no mention of the revolutionary organizations in the Punjab or the celebrated conspiracy cases which spread political consciousness among the people of India. Where the book does score is in detailing the trajectory of the Unionist Party. For long, I was under the impression that the Unionist were nothing but the stooges of the British. No doubt they were, but they were also educationists, reformers, and good administrators and perhaps (and it is a big perhaps), had they remained in power, the partition of Punjab might not have taken place. Could history have been different? Could the map of India be different? So many years after 1947, these are merely academic questions but at one time these were lived realities.

But if Bhagat Singh is a non-existent figure in Talbot's book, he is the subject of research in Iswar Dayal Gaur's Martyr as Bridegroom: A Folk Representation of Bhagat Singh. The writer, an academician, places Bhagat Singh in the concept of the heroic tradition in Punjab and examines his continuing popularity as envisioned in the oral songs still sung in the Punjab. The book brings into focus the marginalised oral vernacular literature of Punjab as also the syncretic cultural way of the Punjab.

First Line: It is well known that the support of local elites was of crucial importance to colonial control in Asia and Africa.

First Line: Notwithstanding the fact that the agenda of class revolution has been relegated to the background, the discourse on communism has drifted on to the question of communalism and communitarianism and the fervour of nationalism ignited by the anticolonial struggle has frozen to annual rituals and celebrations, Bhagat Singh still survives in theatre, celluloid and print media, particularly in Punjabi poetry and plays.

Title: Martyr as Bridegroom: A Folk Representation of Bhagat Singh

Other books read of the same author: None
Posted by neer at 9:48 PM 4 comments: Links to this post

The popular image of a spy is a James Bond like figure - handsome, dashing, a man of the world who can get any number of dames into bed (and earn bonus points when the villain's moll too falls under his charm). Extremely quick to draw his gun, he can also put away enormous amount of alcohol without suffering from any hangover. And, of course, he always comes up trumps.

But this picture is extremely false as Graham Greene demonstrates in his novel The Human Factor. Greene's secret agents are just ordinary men going about their task. Most of them have problems establishing an emotional connect with other people. Forced to lead secretive lives, unable to discuss office matters, adept at concealing their true thoughts, they eventually become strangers to their own families. One of the most moving parts of the novel is a wedding ceremony in which an agent realises that since his daughter is now getting married, he will not even enjoy those brief visits by her when they would meet over a meal at some restaurant. 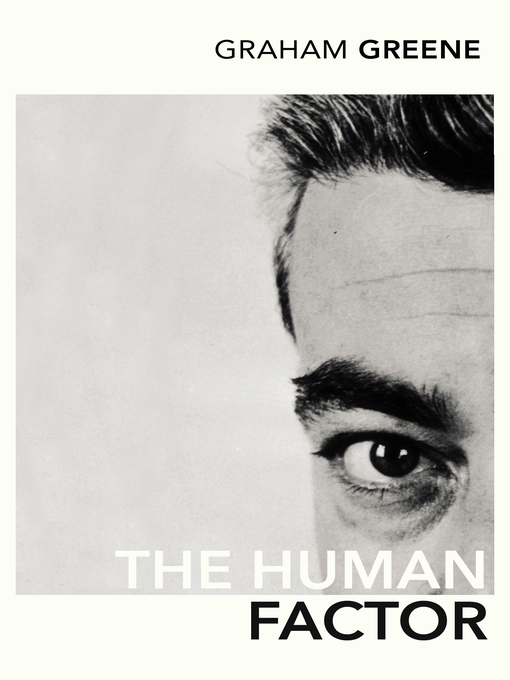 Besides the melancholic strain that is the hallmark of a Greene novel, this novel is extremely problematic as it poses some very uncomfortable questions regarding loyalty and treachery and what is right and what is wrong.

Here is a conversation between the protagonist Maurice Castle and Cornelius Muller, a sadist South-African apartheid supporter:

"I'm quite sure there is an after-life," Cornelius Muller said.

"You are? Doesn't the idea frighten you a bit.'

"Why should it? I've always tried to do my duty."

"But those little tactical atomic weapons of yours. Think of all the blacks who will die before you do and be there waiting for you."

"Terrorists," Muller said. "I don't expect to meet them again."

"I don't mean the guerrillas. I mean all the families in the infected area. Children, girls, the old grannies."

"I expect they'll have their own kind of heaven." Muller said.

"Oh, I know you are laughing at me. But I don't suppose they'd enjoy our sort of heaven, do you? Anyway I leave all that to the theologians. You didn't exactly spare the children in Hamburg, did you?" [157]

And later, Castle tries to shake a man's faith in communism:

"Have you never wavered a bit? I mean Stalin, Hungary, Czechoslovakia?"

"I saw enough in Russia when I was a boy - and in England too with the Depression when I came home - to inoculate me against little things like that."

"If you will forgive me saying so, sir, your conscience is rather selective. I could say to you - Hamburg, Dresden, Hiroshima. Didn't they shake your faith a bit in what you call democracy?..."

I don't enjoy espionage stories because of their inherent bias - the English/ American spy comes out smelling of roses while the German/ Russian/ Japanese officer is usually dastardly, often a sadist, and loses face in the end: An enemy had to remain a caricature if he was to be kept at a safe distance: an enemy should never come alive.


But in this novel, Greene makes everybody alive so that you don't know who is your enemy and who is your friend. Castle's wife, Sarah, an African, finds herself desolate one evening: For no reason she could put a name to she thought of the great grey-green pyramids of earth which surrounded Johannesburg - even Muller had spoken of their colour in the evening, and she felt closer to Muller, the enemy, the racialist, than to Mrs. Castle. She would have exchanged this Sussex town with its liberal inhabitants who treated her with such kindly courtesy even for Soweto. Courtesy could be a barrier more than a blow. [239]

Greene's one time mentor was Kim Philby,  and according to Wikipedia, Greene wanted  to explore the moral ambiguities raised by Philby's defection to the Soviet Union. Indeed, he does so admirably. Highly recommended.

First Line: CASTLE, ever since he had joined the firm as a young recruit more than thirty years ago, had taken his lunch in a public house behind St. James' Street, not far from the office.

Title: The Human Factor
Author: Graham Greene
Publication Details: Middlesex: Penguin, 1980
First Published: 1978
Source: H.M Library [F.G.R 64]
Pages: 265
Trivia: The book was made into a movie in 1979, directed by Otto Preminger using a screenplay by Tom Stoppard. It is also the 63rd book in the Tozai Top 100 Mysteries of all time.

Other books read of the same author: It's a Battlefield, The End of the Affair, Loser Takes All, The Lawless Roads, The Ministry of Fear, The Power and the Glory, The Quiet American, Third Man.

Entry for Friday's Forgotten Books @ Pattinase.
Posted by neer at 5:54 PM 10 comments: Links to this post 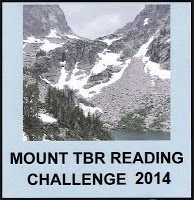 It's time for the second check-in post for the Mount TBR challenge @ My Reader's Block. As I have only a small peak to conquer, I am pretty happy to have read five out of the twelve.

Here are the books read:

From Sawdust to Stardust by Terry Lee Rioux Kartography by Kamila ShamsieTo Make the Deaf Hear by S. Irfan HabibThe House of Silk by Anthony HorowitzBodyline by Philip Derriman


Of these, the one on my shelf longest was Bodyline: The Cricket 'War' between England and Australia by Philip Derriman. I remember purchasing it way back in 2003 and it had remained on my shelves since. Many a time, I thought of reading it but somehow or the other never did. This year, determined to read it, I did so...and it has brought about what I call my summer of madness. Last year, it was Star Trek, this year it is that 1932-33 Ashes cricket series. I am not sure this was the right time to read the book because I should be devoting my time to really crucial things. But then what would life be if it was all regulated and predictable...