Does it surprise you to hear that Big corporate houses fund an election or that industrialists pay bribes on their way to setting up Big empires? If my guess is correct, your answer is also No. These things are so commonplace that one doesn't even bat an eyelid when hearing about them let alone question the morality of these practices. So reading Upton Sinclair's Oil! was like stepping back into an age of innocence when the ethics of these practices were debated upon, when people questioned whether people who did not produce had a right to enjoy the results of labour, and when Soviet Russia was seen as a panacea for all ills that trouble this old old earth of ours. More than anything else, this faith in that great Communist experiment touched me deeply because it made me realise how great a shock it must have been when communism too failed to provide the necessary succour and how great a distance we have traversed since the publication of the book. 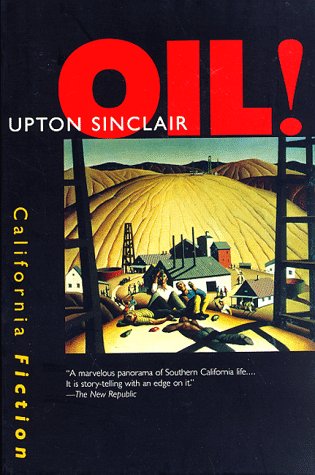 And at what stage of life shall a boy say to his father, your way of life is wrong and you must let me take charge of it?

A bildungroman, Oil! unfolds through the eyes of Bunny whom we meet for the first time as he travels with his father, James Arnold Ross, to see a property which might produce oil. From then on, his father grows rich as he acquires more and more oil wells and Bunny acquires a social conscience as he befriends a waif, Paul Watkins. Watkins, tutored by a free thinker and later a soldier in WWI who also spends time in Siberia and is later a labourer and a communist, makes a deep impact on Bunny with his philosophy of life. This inevitably leads to clashes with his father and the best part of the book is that points are debated. It is not merely ruthless, blood-suckers industrialists vs hungry, downtrodden labourers or devoted communists vs debauched capitalists. There are debates and discussions and the father (who is in many ways a very decent character) forcefully proves his own point of view too. There is even a debate regarding socialism vis a vis communism and the socialist is dismissive of the methods employed by the communists.

In his march towards adulthood, Bunny also falls in and out of love with socialites and Hollywood starlets (and this gives Sinclair the perfect opportunity to depict the Roaring Twenties) . In fact, wikipedia tells me that a sex scene in a motel so offended sensibilities that it was banned in Boston.. Sinclair's publisher printed 150 copies of a "fig-leaf edition" with the offending nine pages blacked out. Sinclair protested the banning and hoped to bring an obscenity case to trial. He did not do so, but the controversy helped make the book a bestseller. So obviously controversy always sells. This is my third Sinclair after King Coal, and Jungle and though I admire his devotion to depict the ills of this world, his novels tend to get didactic in parts. At 527 pages, this was way too long and eventually I just wanted it to end. However, I am still interested to read more of him, especially Boston, which I have heard is based on a real-life incident.

First Line: The road ran, smooth and flawless precisely fourteen feet wide, the edges trimmed as if by shears, a ribbon of grey concrete, rolled out over the valley by a giant hand. 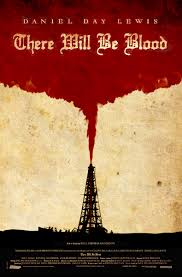 Other books read of the same author:  The Jungle, and King Coal