Top Ten (+ 3) Tuesdays: Books to get in the Halloween Spirit

This week's Top Ten Tuesday asks us to list 10 of our favourite Halloween books. I do like to read about the supernatural but I prefer my horror to be understated: an eerie feeling that gives an unsettling quality to the narrative works fine but an 'in-your-face' horror with its gruesome and repulsive description is a major turn-off.

Here, in no particular order, are my favourite 13 (an appropriate figure for such a list, I guess) reads for this time of the year. 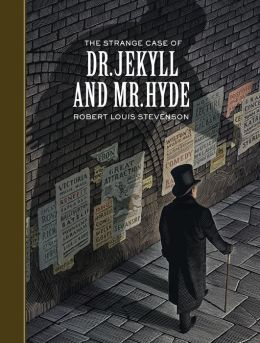 A young man, taking in the air, sees two figures - that of a young girl and a man- collide against one another. Too his shock, the man instead of helping the girl starts beating her up brutally. As the kid's screams rent the air, Victorian morality is torn to pieces. This ageless tale that set the template of so many books that followed still has the power to chill me long after I read an abridged version of it as a child.


THE TURN OF THE SCREW

An evening in a club where a man recounts the story of a governess who went to take charge of two children only to find the ghost of her predecessor and her lover haunting the house and her charges. I read this book as a straight-forward story of possession and then intrigued by some of the critical views on it went back and read it again... and it was like I was reading a different book altogether.

Undertakers who might very well be murderers, women who disappear through walls, bodies that disappear from crypts, unseen observers, fake letters, past secrets, and photographs of murderesses that resemble one's own wife. All these and more in Carr's masterpiece. A young woman, Rosemary Woodhouse moves into a new apartment along with her husband, Guy Woodhouse who is a struggling actor. They strike up an acquaintance with their neighbours, a middle-aged couple by the name of Castevet. Soon strange things begin to happen, a death occurs in the apartment, Guy begins to get the roles that he had coveted, and then begins insisting that they now start a family though till now he had resisted Rosemary's wishes for the same. Why is a baby suddenly so important? This was the first book of Levin that I read and thinking about it still gives me the shivers. 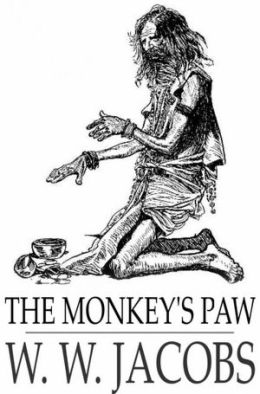 We are in an India of snakes, snake-charmers, rope-tricks, and fakirs. One of them puts a spell on a monkey's paw:  "'It had a spell put on it by an old fakir,' said the sergeant-major, 'a very holy man. He wanted to show that fate ruled people's lives, and that those who interfered with it did so to their sorrow.'"

Is there anybody who hasn't read Jacob's classic story of the tragedy of our wishes coming true? I read this story in school and then painstakingly copied it word by word in a notebook. A couple of years back, I requested John to write a post about it and he kindly complied. Here's his fine review of the text. Harley Quin appears and disappears magically at the most opportune moments in this short-story collection by Agatha Christie. Over the years, I have forgotten the rest but still remember 'The Face of Helen' and the police-man's matter-of-fact remark at the end.

THE SECRET OF THE TERROR CASTLE

There was a time when The Three Investigators - ??? - were my heroes. While others fought over Nancy Drew and Hardy boys, I read the adventures of Jupe, Pete, and Bob . In this, their first adventure, they investigate Terril Castle, the haunted home of movie actor Stephen Terrill, who is supposed to have committed suicide as his career was on the verge of collapse with the coming of the 'talkies'. 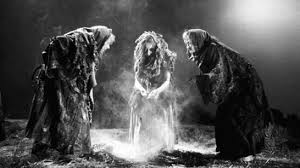 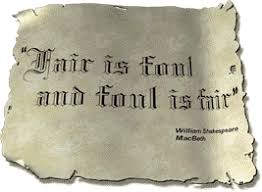 My sister had this Shakespearean play of over-reaching ambition, murder, and guilt prescribed in her college. And since there were three of us, we decided to enact the scenes featuring the three witches. So in a darkened room lit only by a candle, and with black dupattas worn like niqabs we mouthed the dialogues. You might well laugh but in the flickering light of the candle with our faces hardly visible, there was magic in the air as we held our hands wand  and went round and round chanting:

Fair is foul, and Foul is Fair
Hover through the forest and fill the air...


A FACE IN THE DARK

A residential- school teacher returning to his school in the evening hears the sound of a child crying. He follows the sound to where he sees a boy in the uniform of his school crying bitterly with his face buried in his arms. Playing truant and now afraid to go back to school, the teacher suspects. He addresses the boy who raises his face and...


THE FALL OF THE HOUSE OF USHER 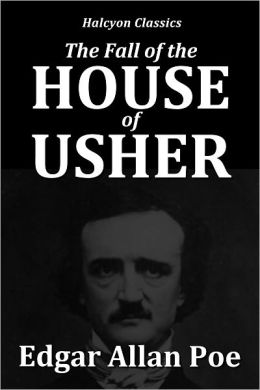 What would Halloween be without Edgar Allan Poe? This story of Roderick Usher and his sister Madeline showcases Poe's genius as the master of the macabre.

"You!" says a character just before being pushed to death. That 'you' for me encompasses what is the most terrifying thing of all: a familiar face suddenly morphing into the face of the devil. More than anything else in this tale of a doctor who is called in by one of the dying grand houses of post-war England, I remember this shocked 'You'.

Coleridge, I think, is the ideal poet for this season. Kubla Khan with its description of Xanadu: Caverns measureless to man, sunless sea, shadow of the dome of pleasure - shows a man at the height of his poetic genius. When he says:

As e'er beneath a waning moon was haunted
By woman wailing for her demon lover!

You can virtually see the crags, and the rocks, and the woman with her arms uplifted towards the sky.

Douglas Adam's book about the adventures of Dirk Gently, combining elements of Kubla Khan and The Ancient Mariner, is the best tribute to the poet. And I could just marvel at the ingenuity of the Adams when I read the novel. It makes no sense in the beginning and then suddenly you realise what the author is doing and... you are on a thrilling ride.

How do you feel about these books? What would your selection be? Do share.

Part of my A Baker's Dozen series. Earlier selections can be seen over here.