Besides Mysteries, I also read a couple of non-fictional books in February: The author, P.M.S Grewal is Secretary, Delhi State Committee of the CPI (M), writes a thought-provoking introduction to his assessment of Indian Revolutionary Bhagat Singh but adds nothing new to the already existing scholarship on Bhagat Singh.

First Line: Bhagat Singh, like all individuals, was a product of his times.

Alex Tickell, lecturer in English at the Open University, UK, looks at certain flash-point situations during the British Raj: - The 'Black Hole' of Calcutta, the 1857 revolt, the assassination of Curzon Wyllie by Indian Revolutionary Madan Lal Dhingra in London, the Jallianwallah massacre, the dialogue between Gandhi and the revolutionaries - and discusses the impact on not only Indo-British relations but also on the literature of its time. Though a study of extensive scholarship, Tickell's book doesn't use convoluted arguments couched in high-sounding words but uses simple and effective language which make this book an easy and interesting read.

My favourite part of the book was however an extract from Veer Savarkar's book on the 1857 revolt:

Someone had asked the last Mughal Emperor, Bahadur Shah 'Zafar':

['Now that with every passing moment, you are becoming weaker, pray for your life (to the English): for, Oh! Emperor, the sword of India is now broken forever!']

To which the emperor replied:

['As long as there remains the least trace of love of faith in the hearts of our heroes, so long, the sword of Hindustan shall be sharp, and one day shall flash even at the gates of London']

I'll also remember this book for another reason: I was reading this book in the Metro and a co-passenger glancing at the title of the book gave me a hard, searching look. It was then that it struck me that carrying books with the word Terrorism in the title can give rise to suspicious scrutiny nowadays.

First Line: By the night of 19 June 1756, the illusion of British mercantile authority in Calcutta, the East India Company's great trading centre in Bengal, had started to falter.

The mysteries read in the month of February: Rhode's novel is centered around the great annual motor rally at Torquay. Robert Weldon takes part in the rally hoping to win a prize driving his 20 h.p. Armstrong Siddeley Saloon. Accompanied by Richard Gateman as the second driver and Harold Merefield as the map reader, he begins well. But on the second day, their luck turns. First they are waylaid by a fog and then in the dead of the night they come across another car from the rally which has met with an accident, killing both the driver and the man accompanying him. The coroner returns a verdict of death due to accident (and the coroner inquest is narrated in the most humorous manner) but then an astonishing fact comes to light and it is left to Dr. Priestly who is the employer of Merefield to solve the case. I wasn't too impressed by the one book of Rhode that I had read prior to this but this one I really liked and hope to read more of him.

First Line: The British Motor Car Rally of that year, organised by the Royal Automobile Club, was generally voted to have been a huge success. 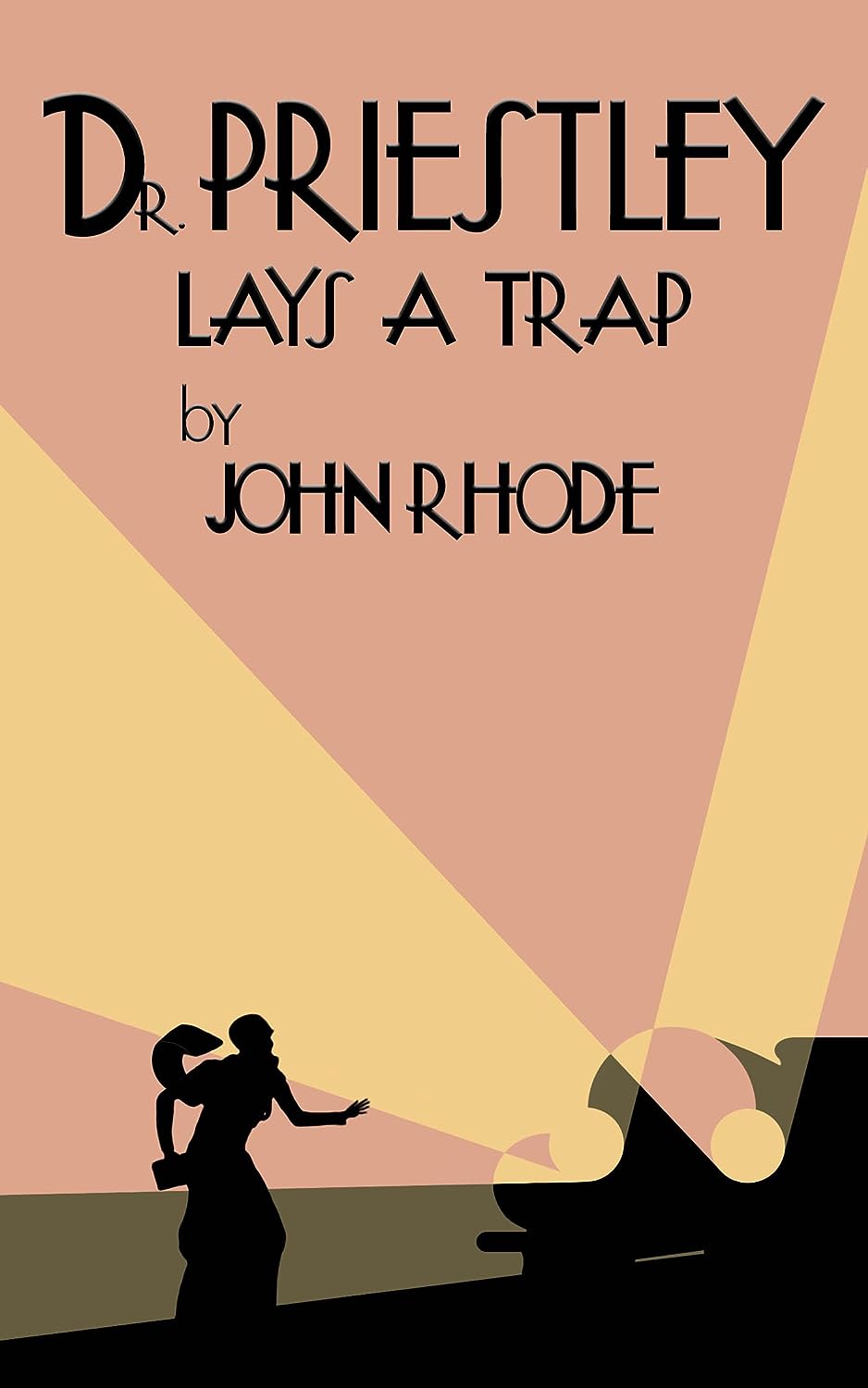 MURDER AT THE BLACK CROOK by CECILE HULSE MATSCHAT (1943)

Cecile Hulse Matschat (1895-1976) was an American botanist and geographer who published a number of books on gardens, rivers, and the Okefenokee Swamp. In addition, she also published two books related to mystery and murder, both of which featured the Ramsays: Andrea and David. In this, their second adventure, the Ramsays are asked by the Military Intelligence to pose as guests in the house of Robert Brook, an oil magnate whose oil is being siphoned off to help the Axis in their war effort. The Ramsays go to Brook's plantation house, Black Crook, and meet a motley crew of family members, friends, and staff. The house is putting up a play The Black Crook and during the rehearsals a man is grievously injured and dies soon afterwards. The Ramsays find themselves caught in family politics as latent tensions come to the fore. Could the killing be related to the smuggling of oil? I found this novel to be okay. None of the characters except for the murderer and the murdered man really came to life.

First Line: David Ramsay sat at his desk in the New Orleans office of the Department of Government Housing.

J. Jefferson Farjeon (1883-1955) was a British writer of crime and mystery. Belonging to a family of artists and authors, Farjeon was himself a prolific writer who published more than fifty novels and plays in his lifetime.

Leonard Boyd arrives from Australia with the idea of meeting a certain Mr. John Coleby. However, as he descends from the London train, he seems to be a wee bit reluctant to meet Coleby, spending his time drinking tea at the station. While at the tea room, he happens to see a few other people: a red-faced heavy set man; a human rat; a young couple. Finally as he makes his way towards Coleby's house, he is almost run down by a speeding bike. When he reaches Leak Hall, the home of Coleby, he finds that the latter is hosting a dinner party and the people he had seen at the station are all guests at the party besides a few more. As one of the guests hasn't turned up, Coleby invites Boyd to take his place - there have to be thirteen at dinner, you see.

At the oval table were thirteen little skulls mounted on slender ebony pedestals holding the thirteen name-cards in their teeth. These skulls gave an unpleasantly symbolic character to the white lilies in the tall silver vase.

The guests are naturally uncomfortable and their discomfort increases as time passes and Coleby declares that he has received anonymous letters threatening to kill him. So he has invited all these people who would gladly kill him and challenges them to carry out the threat.

The cloistered community, the claustrophobia, the paranoia... all combine together to create a novel where the atmosphere is the king. I definitely want to read more of this author.

First Line: Leonard Boyd was one of the thirteen people who sat round John Coleby's dining-table at the last meal he ever ate. 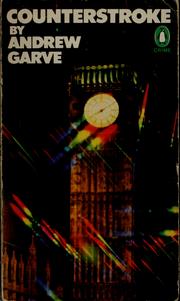 Andrew Garve is one of the pseudonyms of English journalist and writer Paul Winterton (1908-2001).

Robert Farran is a troubled man. The once popular actor is on the downslide after the death of his wife and his drinking problem. When Sally Morland, the wife of a popular politician is kidnapped and the kidnappers demand the release of Tom Lacey, one of their accomplices caught in an earlier raid, Farran sees a way out. He offers to impersonate Lacey in order to get both the ransom offered by Sally's husband as well as the chance to show the world his acting skills.

This novel begins well and the tension is well-maintained as Farran prepares to become Lacey. However, mid-way through the book, the writer decides to put in a romantic angle and introduces a trope which I have always found mightily irritating with the result that the book loses its steam and instead of the tension becoming unbearable, Farran's act to hoodwink the kidnappers becomes almost laughable.


First Line: The night the news broke out about Sally Morland I was feeling pretty sorry for myself.

Entry for Friday's Forgotten Books @ Pattinase
Posted by neer at 5:04 AM 8 comments: Links to this post

This year I signed up for a new mystery challenge: My Kind of Mystery and realised to my great delight that the host, Carolyn, has two other exciting challenges too.

The Gentle Spectrums 2015 Challenge has two parts: In the first we read books which have colours in their titles and in the second we read books that have certain subjects in their titles. I am signing up for both the parts though in the 'limitless pallet' I limit myself to  any 10 colours.

If you are interested, you can find the details over here.

The other challenge, Ethereal 2015, involves the reading of anything that belongs to the following categories:

I am signing up for the Intuition level for this one which means I'll be reading 5-10 books.

Details can be found over here.

There are prizes and other activities for all three challenges as well as bubbling enthusiasm. Have a look and join too.
Posted by neer at 6:57 AM 2 comments: Links to this post

After successfully completing the Read Scotland Challenge 2014 hosted @ Peggy Ann's Post, I am signing up for the 2015 version of the same. 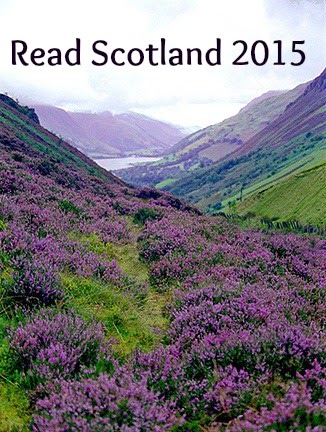 My level remains the same: Just a Keek which means I'll be reading 1-4 books for this challenge. Details can be found over here.
Posted by neer at 6:19 AM No comments: Links to this post