23rd March: A Remembrance in Books

It's that time of the year again. A day when I salute all those who laid their lives so that we could be born in a free country. This year too I am paying a homage to all those heroes by reviewing the books recently read on the revolutionary struggle for India's independence. 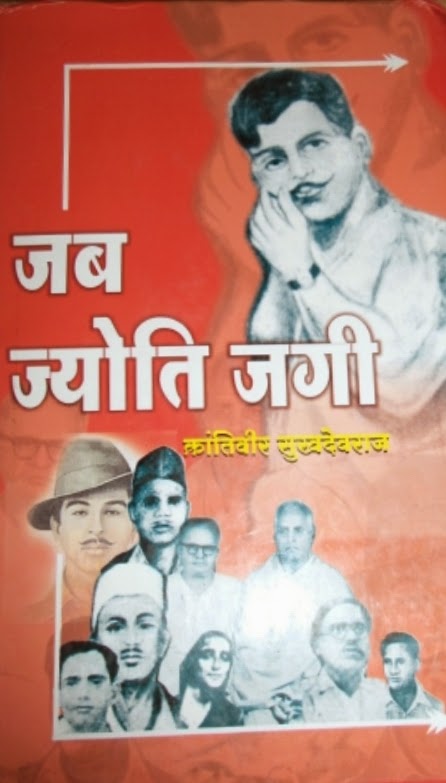 Sukhdev Raj was the person with Chandrashekhar Azad in Alfred Park on that fateful day when Azad attained martyrdom. In many ways, his reminiscences about his initiation into the revolutionary struggle in the Punjab and his later role in the party, makes for painful reading. While the first rung of Revolutionary leaders were in jail, the others who were supposed to carry the struggle forward simply fell apart, guided by personal vanities and gratifications and governed by petty jealousies and one-upmanship. Virendra was the editor of Partaap and Veer Pratap when the emergency was declared and editorials in newspapers started to be censored. Rather than suffer such an ignominy, Virendra stopped writing editorials and instead wrote a series of articles about his life as a young college student in pre-partioned Punjab when he was on the fringes of the revolutionary movement in Lahore. About the same age as Bhagat Singh and Sukhdev, Virendra was much impressed by the fiery zeal shown by these young men and became involved in the struggle for freedom. An involvement that saw him being arrested and locked-up in jails repeatedly.

For anybody interested in the history of pre-partioned Punjab, its politics, the prominent leaders, the play of press and politics, this is a must-read. In fact, reading it for the second time this year, I enjoyed it much more as compared to when I read it for the first time.

Of the trio that was hung on 23 March, I had the least knowledge about the youngest, Rajguru. While I had read biographies of both Bhagat Singh and Sukhdev, this was the first time I read a full-fledged biography about Rajguru. Author Anil Verma thus has done a great job in filling a lacuna.