The Strange Boarders of Palace Crescent by E.P. Oppenheim (1934)

I am very fond of mysteries set in hotels. A group of disparate people, strangers to each other, staying under the same roof and interacting with each other makes for some lively reading as most of them they are pretending to be what they are not. The travelling salesman turns out to be a spy; the devoted couple has murder in their hearts; the taciturn British army major is involved in some hush-hush project; the garrulous Indian army colonel bores everyone with his tales of Shimla and Poona, bada-peg and chhota-peg; the studious young man turns out to be a Scotland yard inspector; and the sweet old lady sitting yonder, knitting placidly, turns out to be an astute observer of human follies.... the past comes out, secrets are revealed, murder and mayhem occur...

Thus, when I discovered a book titled The Strange Boarders of Palace Crescent for the 1934 Crimes of the Century feature @ Past Offences, I shivered in anticipation. The only problem was the writer: E.P. Oppenheim, whose one book read earlier had turned out to be a big dud. I needn't have worried though. Oppenheim is in fine form in this tale of a boarding house which is a hot-bed of intrigue. 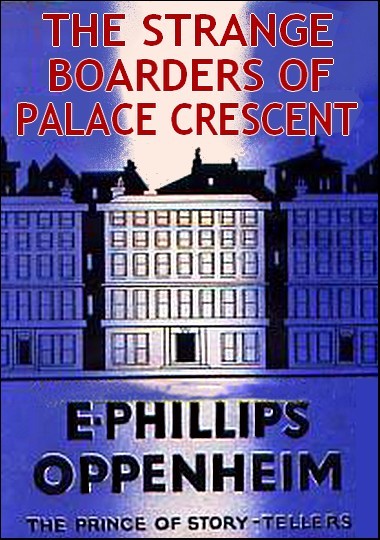 "I would like to feel that Palace Crescent was a less obvious sort of place—that we were not all of us exactly what we seem to be....That Mr. Luke here was perhaps, as he has suggested, a well-known author living here incognito. That Reginald Barstowe, who has just been so rude to me, was a famous criminal, perhaps even a murderer. That Colonel Dennett was in the Army Secret Service, living here in disguise. That Mr. Padgham was as wicked as he sometimes looks. That Flora Quayne, with her sensitive quivering mouth and those beautiful eyes, was a sort of Louise de la Vallièere in disguise. That all of you were utterly different. That Palace Crescent was the sort of place where all sorts of tragedies were being hatched and developed."

Roger Ferrison, a young man who is struggling to make ends meet, takes up lodging at Palace Crescent, a boarding house run by Mrs. Dewar and her competent butler, Joseph. The place is unpretentious and the boarders are ostensibly hard-working men and women with regular jobs and small pockets. However, on the first night, itself, Roger discovers that five of the lodgers are absent from the place. Where can they be so late in the night?

As, he settles down, Roger finds himself caught between the affections of two women. The beautiful, lady-of-leisure, Flora Quayne, who is the queen-bee of the place with plenty of drones in attendance and the hard-working, sympathetic Audrey Packe, who works in a shop for her living. While Roger is drawn towards the flirtatious Flora, Audrey helps him get an audience with the boss of her shop regarding a new kind of cleaning machine that he has manufactured. This meeting changes Roger's life and from being virtually penniless he becomes a budding entrepreneur. His gratitude towards Audrey and the attention that he starts paying to her, chagrins Flora who dismisses Audrey as a little shop-girl and continues with her efforts to seduce Roger.

While Roger is in a fix regarding the two girls, he is also troubled by the strange going-ons at the lodge. People are mostly missing in the night, strange calls are received, and very soon there is murder. A lodger is found dead virtually at the door-step of the house. As he was a harmless man with hardly a penny in his pocket, who could have killed him? If this sensation was not enough, Susannah Clewes, one of the two
septuagenarian sisters (Can there be any Golden Age mystery without such spinsters?), staying in the lodge, declares that she has some valuable information about the murder...and then promptly disappears. Soon there are police raids, coroner inquests and more. What has Roger wandered into?

Cryptic conversations, signs that one understands gradually, and those ominous footsteps in the night  make this book a delight to read and one which has reversed my earlier opinion of Oppenheim. Now I can't wait to read more of him. The only thing that did not quite ring true was the great love that is supposed to exist between the hero and the heroine because Oppenheim merely tells us about it rather then showing it to us. More true is the sexual tension between the hero and the other woman. But this is a minor quibble about the book that might not be a great mystery but has a wonderful atmosphere of foreboding and danger. 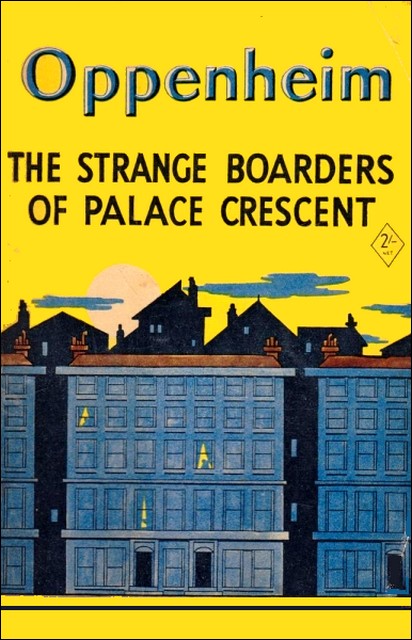 The book, I am happy to state, is easily available for free download on many a site. I downloaded it from Project Gutenberg, Australia.. However, it is not a novel of espionage as it is declared on many sites. I, for one, am happy it is not because after all there are only so many novels about German spies in England that one can read.

As for the India connect that I usually look for novels of this time, there is a retired Indian Army colonel, a Maharajah or rather his jewels, and a secretary to the Maharajah called Kaw Dim which perplexed me till I realised it was supposed to be Kadim which means slave or servant in Arabic.

First Line: NEITHER the day upon which Roger Ferrison, a tall sturdy young man of sufficiently pleasing appearance, presented himself at Mrs. Dewar's Palace Crescent Boarding House, situated within a stone's throw of the Hammersmith Road, nor the manner of his initiation presented any unusual incident. 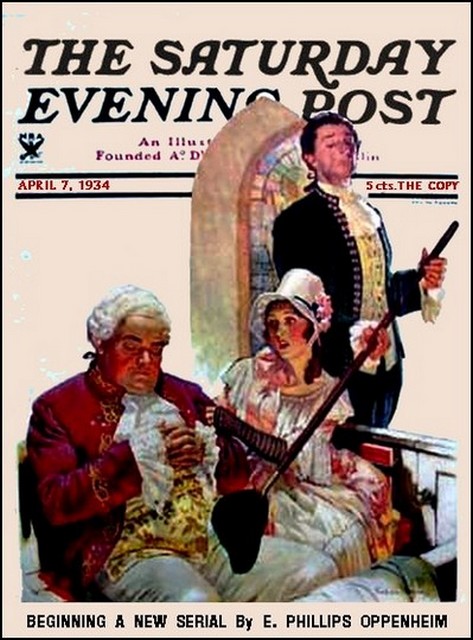 Other books read of the same author: The Double Traitor

Submitted for the 1934 Crimes of the Century feature @ Past Offences.